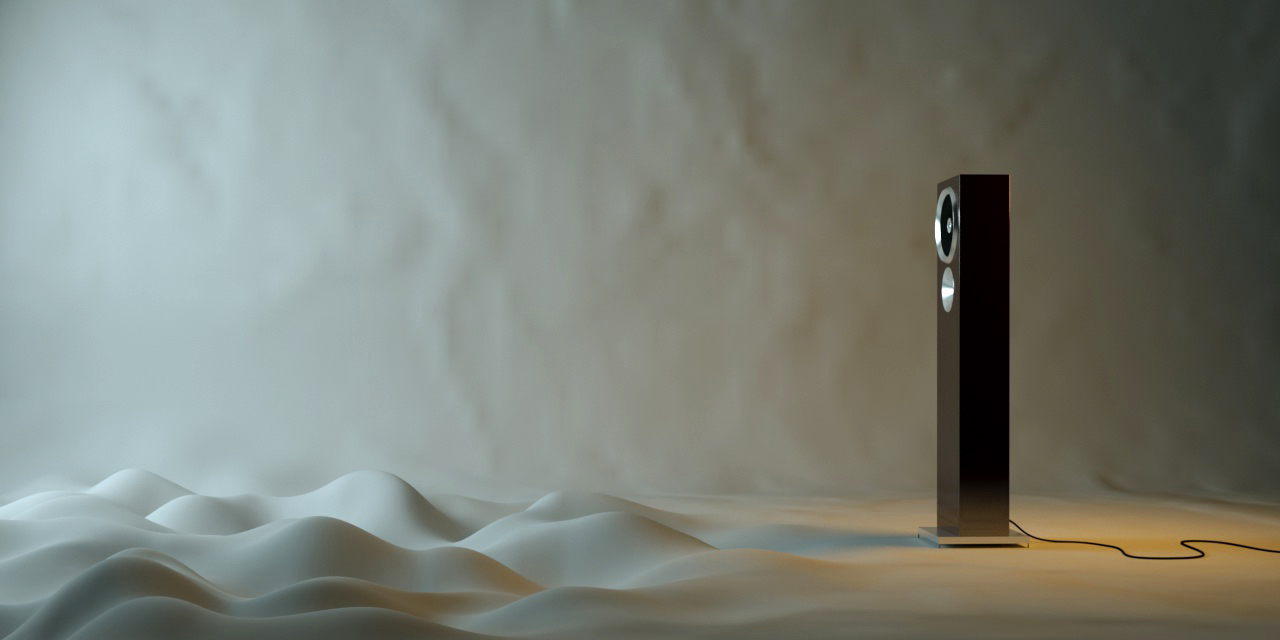 Our new Series Six DRUID loudspeaker sets the new standard for price-to-performance in high-end hi-fi. Drivers and cabinet are designed as a whole, the driver used as a part of the stressed system and not simply screwed to the baffle. Cabinet design and methods yield significant improvements in strength-to-weight and damping qualities—the wave mechanics of the structure including drivers. Cabinet construction pallet shifts from MDF-type to an engineered birch/maple/carbon/aluminum composite construction using 100% solids, infusion epoxy for layup and very large filleted internal edge-work. These materials and and techniques combine for serious improvements in system fidelity: lower noise, better power transfer… and a longer life! The sound produced is vivid, emotionally connective and relaxed. Series Six DRUID also sets the design goals and construction techniques for all Series Six loudspeakers to come.

DRUID Series Six is all new: the full-range driver, tweeter assembly, cabinet and construction methodology. Improvements over the tried-and-true DRUID-5 include resolution through the whole of the musical spectrum, with significantly better bass and deeper extension. Dynamics and nuance are more intense and yet relaxed, possessing that elusive at ease quality in playback. DRUID-6 is capable of extraordinary power and grace, with grippingly coherent full-spectrum realism.

DRUID-6 stands fifty inches [130cm] tall, seven inches [18cm] deep, with a footprint of 12-3/4 inches [32.5cm] square. It is both high efficiency [101dB-SPL, 1W@1m] and high power handling [200W] and features our new 11-1/4 inch [29cm] full-range driver augmented by a Radian based tweeter to color in the harmonic structure and detail of the upper most treble. Internal cabling is our Event Mk.II loudspeaker cable.

At the 2017 California Audio Show, where I spent three full days, I was in the Zu room more than anywhere else. And I say that fully acknowledging how much I enjoyed the rooms by Audio Federation (Acapella), Von Schweikert/VAC/Eigen Audio, Sound Lab, Audio Note, Volti Audio and others. Zu was showing the new Druid Mk VI, which had not yet been released at the time of the show. It was the best sound I had heard from a Zu speaker but, again, there was that musically compelling thing going on and it was going on in spades. I was thoroughly enchanted by what I was hearing. –Dan Rubin Dagogo [link]

Having both lived with Druid Mk.V and Mk.VI, it’s no question this speaker kicks ass. Think of Druid Mk.V as your Mustang. Think of Druid Mk.VI as your Shelby GT500…. similar but completely different. Druid Mk.VI is so clean and effortless. Crazy resolution from top to bottom. Nice and detailed but not analytical. Improved bass response over Mk.V for sure. Most home applications won’t need a subwoofer but hey…. adding one or two never hurts and makes it that much more exciting. If you can’t tell a difference or enjoy the performance of the new Mk.VI you’re just plain deaf or have something wacky going on inside. -GK

There are no reviews yet.